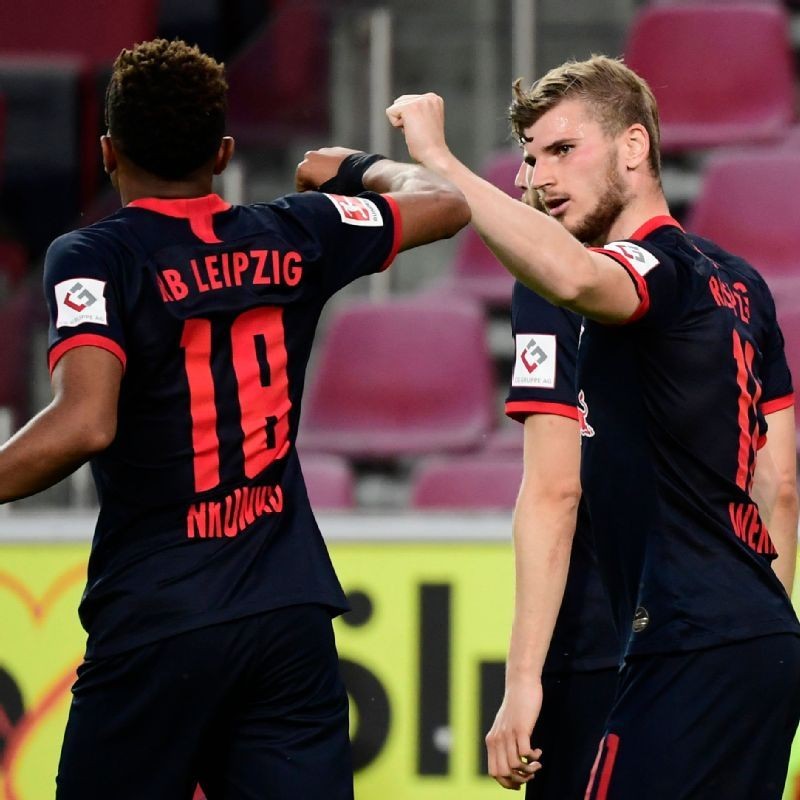 RB Leipzig reclaimed third place in the Bundesliga with an entertaining 4-2 victory at Cologne on Monday that put them firmly on course for a Champions League spot with five games left in the season.

Cologne stunned the visitors in the seventh minute when Jhon Cordoba fired in on the rebound, but Leipzig turned things around before half-time.

Patrik Schick grabbed his ninth goal of the campaign with a 20th minute header and Christopher Nkunku then was then sent through to calmly chip the ball over keeper Timo Horn in the 38th.

In a furious start to the second half the visitors added another goal when keeper Peter Gulacsi spectacularly served up a perfect assist with a direct delivery for striker Timo Werner to finish it off.

Timo Werner, right, celebrates after scoring a goal for RB Leipzig against Cologne in the Bundesliga. Getty Images

Leipzig are now third on 58 points, two behind second-placed Borussia Dortmund and nine off leaders Bayern Munich. Borussia Monchengladbach and Bayer Leverkusen are on 56.