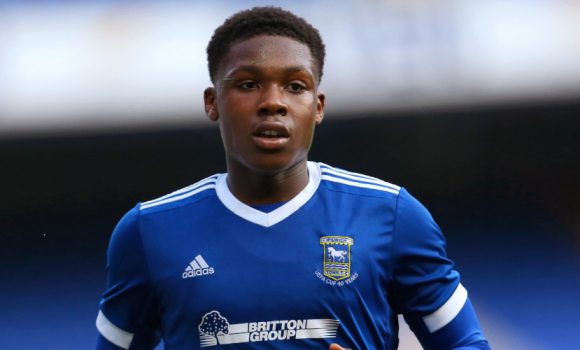 Through their official website, EFL League One club Ipswich Town announced on Friday that four academy scholars have signed their first professional contracts at Portman Road.

Promising Nigeria-eligible teenagers Edwin Agbaje and Jesse Nwabueze are part of the quartet who agreed new deals with The Tractor Boys.

The duo have both put pen to paper on one-year contracts, with Ipswich Town having the option to extend their stay by a further year.

Agbaje predominantly plays as a fullback while Nwabueze can be deployed as a winger and attacker.

The defender has been a player of Ipswich Town since September 2020, joining them after stops at Irish clubs Shamrock Rovers, Edenderry Town and Klub Kildare.

Agbaje impressed in the 2020-2021 FA Youth Cup, scoring against Swindon Town in the fourth round before finding the net in a 2-1 loss to Liverpool in the semifinal.

Nwabueze and Agabje are eligible to represent Republic of Ireland internationally apart from Nigeria.