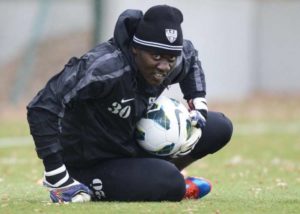 According to the Nigeria Football Federation, the unfortunate happened in Senegal on Sunday and he was just 26.

NFF expressed condolence with the family of the late player in a tweet on Monday.

The football federation tweeted, “Former National U17 and U20 goalkeeper John Felagha has died.

“Felagha died on Sunday in Senegal. He was aged 26.

The federation expressed its condolences with the family of the late player.

“Our thoughts and prayers are with his family.”