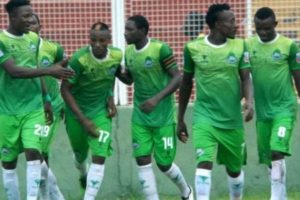 Nasarawa United of Lafia extended their unbeaten run to five matches in Nigeria Professional Football League (NPFL) with a hard-fought 1-0 win over visiting Katsina United in their matchday5 clash at the Lafia township stadium, yesterday.

Austin Chigozie Uzochukwu grabbed the only goal of the match just four minutes into the second half. The victory moved the Lafia based solid miners to second spot on NPFL table with 11 points and one-point drift of the league leader, Rivers United who are on 12 points after five rounds of matches. 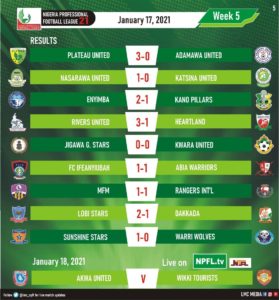