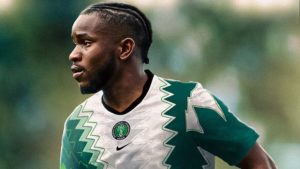 According to the online edition of German newspaper Bild, the Super Eagles winger was among twelve national team players who reported for pre-season preparations on Monday, July 4.

Lookman is expected to complete his performance tests at Cottaweg today and will be on the pitch for the first time on Tuesday as from 1000 hours under the guidance of manager Domenico Tedesco.

The 24-year-old was declared surplus to requirements in back-to-back seasons at his parent club, leading to loan spells at Premier League duo Fulham and Leicester City.

RB Leipzig planned to sell Lookman this summer having inserted a purchase clause into the deal taking him to the King Power Stadium, but Leicester City have not yet triggered the option to buy.

Lookman has totaled 24 matches for the DFB Cup winners, the last of which came against Fortuna Düsseldorf in June 2020.

The former Charlton Athletic and Everton man has a contract with Leipzig until June 30, 2024