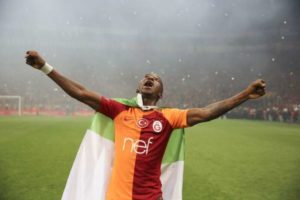 Nigeria international Henry Onyekuru could be heading back to Turkish Super Lig side Galatasray in January after the champions showed interest in re-signing him on loan from French club, Monaco.

Onyekuru won the league and FA Cup with Galatasaray last season on loan.

According to Sporx. com, Galatasaray are considering bringing back the Nigerian after reviewing his performance with the Yellow and Reds last season.

The player scored 14 goals and recorded five assists in 31 appearances in all competitions but has struggled in Monaco who signed him on a permanent deal this summer.

Galatasaray occupy the 10th position on the table this season.