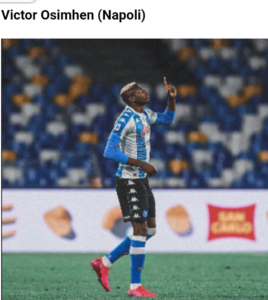 Osimhen has been in scintillating form for Napoli this season, scoring 14 goals in all competitions and assisting a further 6. The 23-year-old is one of the highly-rated youngsters in world football and is being monitored by some of the biggest clubs in the world. His performances this season have attracted the attention of Premier League clubs.

With Arsenal letting go of Aubameyang in January, they need a world-class striker, and Osimhen could be the man to fill that void. He has the potential to become one of the best strikers in the world, and Arsenal will be getting a natural talent if they can get this deal over the line. 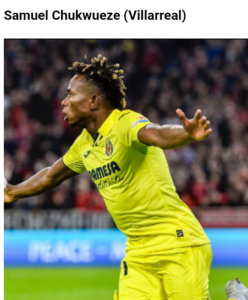 The 23-year-old has been one of the breakout stars in La Liga this season, scoring seven goals and providing three assists in 38 appearances. Chukwueze is a versatile player who can play on either wing or as an attacking midfielder. His pace and dribbling ability make him a nightmare for defenders.

English clubs have taken notice of his performances, and Chukwueze has been linked with a move to the Premier League. Chelsea, in particular, is interested in the youngster as they look to add more depth to their squad. Bookies have Chukwueze odds-on to make a move to Stamford Bridge this summer. 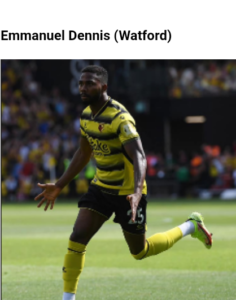 Having been relegated from the Premier League with Watford, Emmanuel Dennis is hot property this summer. The 24-year-old was one of the few bright sparks in an otherwise dismal season for the Hornets. He scored ten goals and provided six assists in 35 appearances.

Dennis is a player with immense potential and a target of some of the biggest clubs in England and Spain. While there is nothing robust currently, the rumor is that Everton could move for him if they sanction Dominic Calvert-Lewin's transfer to Arsenal. Leeds is also in dire need of reinforcements after barely surviving the relegation battle this past season. Dennis could be the perfect player to help them push for a top 10 finish next season. 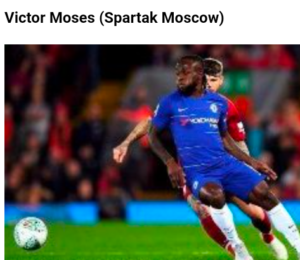 A constant in Antonio Conte's title-winning Chelsea side, Victor Moses, fell out of favor under Maurizio Sarri and was sent out on loan to Fenerbahce, Inter Milan, and Spartak Moscow before completing a transfer to the Russian club permanently in 2021.

The 31-year-old has been linked with a return to the Premier League with newly-promoted side Watford, said to be interested in signing him. Moses is a player with plenty of experience and could be a good mentor for the youngsters at Watford.

Conte, having moved back to England with Tottenham Hotspurs, it won't be a surprise if he made a swoop for his former player. Another team that could use Moses' experience is Leeds United, who are looking to establish themselves in the Premier League after winning promotion this season. 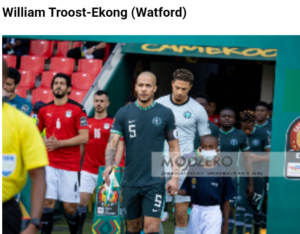 The Netherlands-born 28-year-old has carved a career for himself as a no-nonsense center-back. He plied his trade in Serie A for Udinese before moving to Watford in 2020. Having played 49 games for the Championship club, the Nigerian national team captain has been linked with a return to the Premier League.

Troost-Ekong is a solid defender who is good on the ball. He would be an excellent addition to any squad, and it's no surprise that he is being courted by some of the biggest clubs in England. Recently promoted side, Bournemouth, could benefit from reinforcements in central defense, and a move for Troost-Ekong is not far-fetched. Brentford and Nottingham Forest are also said to be interested in the player.