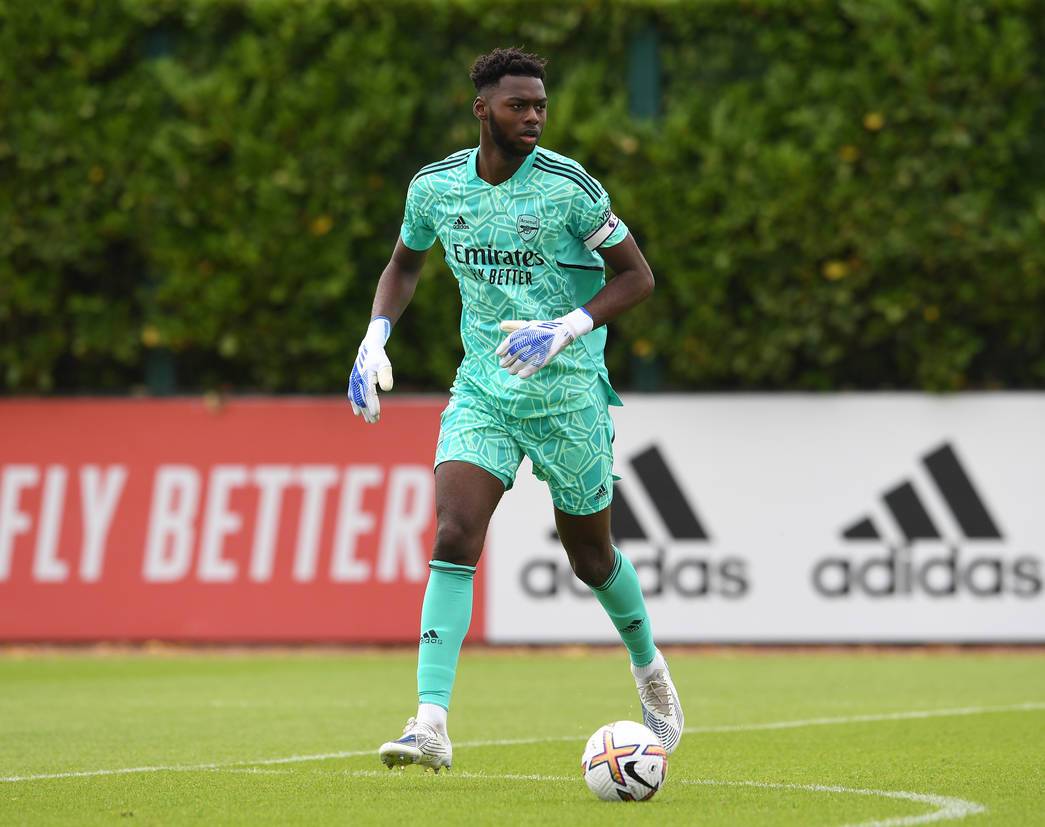 Manager Mikel Arteta selected Nigerian goalkeeper Arthur Okonkwo to captain the Arsenal first team for the second half of their 5-1 rout of League One side Ipswich Town in a behind-closed-doors pre-season friendly held at London Colney on Saturday afternoon.

The Gunners went on a scoring spree, netting five without reply thanks to goals from Ediie Nketiah (3), Sambi Lokonga and Folarin Balogun, before Nigeria international Sone Aluko pulled a goal back.

According to the match photos published by Arsenal's official website shortly after the game, Okonkwo was handed the captain's armband in the second half.

Arteta fielded an entirely different team for the second half, with goalkeeper Okonkwo replacing Germany star Bernd Leno, and other senior players such as Hector Bellerin, Thomas Partey and Nicolas Pepe made way for young players and academy stars.

Academy product Bellerin, who has been on the books of Arsenal for eleven years, was named captain in the first half.

Okonkwo wasn't weighed down by the captaincy of the team as he made a couple of brilliant saves.

The Hale End Academy product was forced into a smart stop, preventing Lee Evans from scoring after he tried his luck from just outside the box few minutes into the second half.

Veteran forward Aluko made it 5-1 with a low shot that evaded the dive of Okonkwo with thirteen minutes left on the clock.