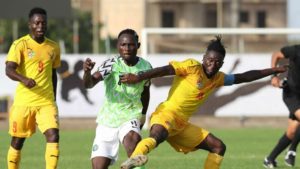 Former Tanzania national team assistant coach, Emeka Amadi has appealed to Nigerians to stop castigating the home-based Super Eagles Eagles following their back to back defeat to Togo in the African Nations Championship qualifier and at the ongoing 2019 WAFU Nations Cup, Completesports.com reports.

The Hawks of Togo had beaten the CHAN Eagles 4-1 in Lome in the first leg of the CHAN qualifiers and followed that up with a 2-1 defeat at the weekend in their WAFU Nations Cup game in Thies, Senegal

Consequently, the domestic league players came under severe criticisms. However, Amadi – a former Nigeria junior international goalkeeper who was Emmanuel Amuneke’s assistant when the Golden Eaglets won the 2015 FIFA U17 World Cup in Chile, told Completesports.com in Enugu after Rangers’ 3-1 win over AS Pelicans of Gabon in a CAF Confederation Cup match, that inactivity of the Nigerian league was reason they lost those games to Togo.

“I don’t think it is fair to crucify the (CHAN Eagles) players simply because they lost to Togo twice,” Amadi who is based in Germany told Completesports.com.

“The players have been inactive for long since the domestic league ended in May. Mathematically, we are talking about four months of inactivity and that affects the players.” 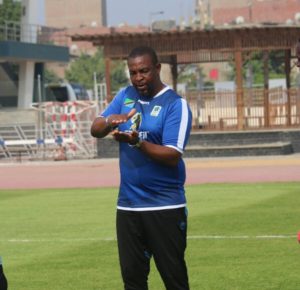 Amadi asserted that the fact that the players have been engaged in preseason with their clubs is not enough to keep them in top shape.

He added: “Players hit form with competitive games, not with preseason games.

“Yes, they have been playing friendly games with their clubs but at the national team level, how many did they play to get into good form and understand each other?

“You know what four months is all about as footballers. When you don’t play competitively, your form drops.

“If the NPFL had started, then, it would have been different.

“I know there are good and quality players in the league here. And I cannot accept that Togolese league or players are better than ours, no.

“The difference is that the Togolese league has started and has given their players opportunity to gain fitness.

“This also helped their coach to select the best. Sometimes a good player may not be in his best shape and it could also be the other way round.

“So, with the second leg [of the CHAN qualifiers against Togo] coming up, the Nigerian team will make amends, especially with the gains of the WAFU Nations Cup tournament,” Amadi concluded.